Tomb of C'Thiris is one of the Islands in The World of Portal Knights. It is only accessible when you use C'Thiris Tesseract item. 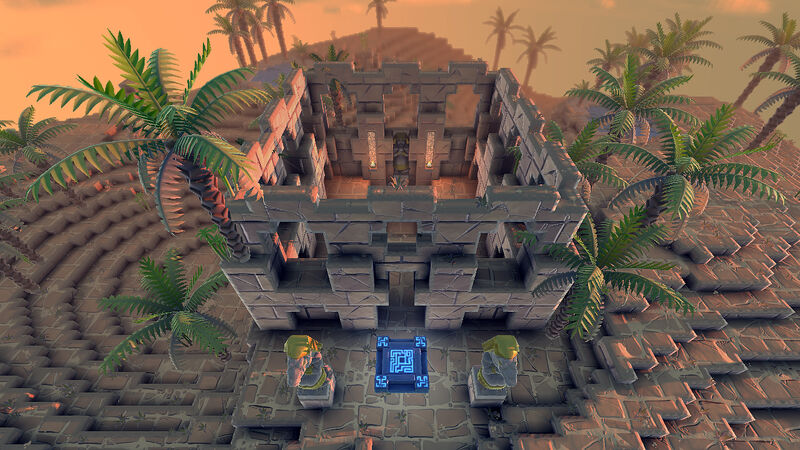 Level: Dependent on player level. Adjusts 5 levels above of the player who activates the portal.

There are no resources on this island. 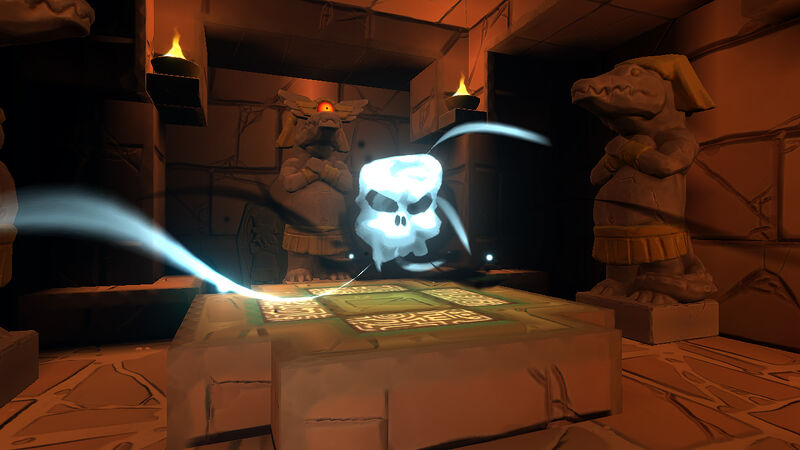 You should explore the dungeon to find Curse of C'Thiris and destroy it in order to complete the event.

The curse has a counter on the left side, which increases from taking curse damage from the Anub'Kraken shots, the Ancient Mummy vomit, killing the Mummified Maggots and letting the Pyr'Utans pull off their sacrifice attack. When it maxes out, be prepared if you are in the middle of battle as it will do a massive amount of curse damage and deplete the bar. It will go away if you find the curse and destroy it. If you have not found all the passages and loot you can still explore the tomb until you go to a different island, at which you cannot return unless you use another C'thiris Tesseract, causing the island to once again be available for completion for 6 hours. It is good to note that the island will not force you away even if the timer runs out like bosses if not completed.

The Crystal Storm set is found inside this island, one of the most formidable sets in the game currently for the warrior class. it can be dropped randomly by creatures found inside the temple or it can be obtained inside chests here as well.